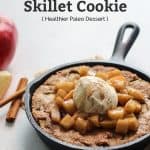 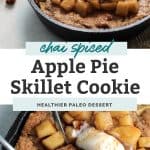 This Paleo Chai Spiced Apple Skillet Cookie is the perfect dessert for two. Loaded with soft apples, seasoned with cinnamon and chai spices, baked in a mini cast iron skillet and topped with your choice of ice cream. It is the perfect fall dessert!

Okay, it is time to give apples some glory this season, yes? Sorry, it took me so long. Pumpkin took over so I got side tracked, and then I almost forgot about all of the apple recipes I had planned for you!

I realized it had been MONTHS since I brought you a skillet cookie dessert. Like, since last February when I shared a brownie. Man oh man that is way too long. I feel like I should share a new skillet cookie recipe each month. Because once you buy a mini skillet, all you ever want to do is make desserts in it. I mean sure, you can fry your eggs in there… I guess. But I am pretty sure we can all agree that personalized skillet desserts > eggs.

But does anyone else kind of forget about apple desserts? There is apple pie and apple crisp… apple galettes… What am I missing? I just feel like I sometimes forget about how great apples are when baking. I am always so caught up in chocolate (and pumpkin this time of year) that I forget about the lovely the combination of apples and cinnamon.

I happened to make this recipe on a Sunday and Drew was not home… which meant I had to use a LOT of self control to not eat this whole thing. So I put the pan in the fridge thinking Drew would have it after dinner. But he got in pretty late that night so I didn’t really see him or talk to him about my new skillet dessert until the morning. When I opened the fridge the next morning, I figured I would still be seeing a half full dessert pan… Until I took a closer look and noticed there were only a couple of bites left in the skillet.

I swear we usually have so many leftovers and they often go unnoticed in the fridge. But leave half-eaten skillet cookie in the fridge and it’s the first thing that is noticed. I shouldn’t be surprised.

I mixed everything together in one bowl, using my hands to really combine everything at the end. The cookie dough is going to be thick, so you’ll have to push the dough into the skillet evenly, pushing the apples into the dough too.

Bake the skillet cookie for about 15-18 minutes, until edges are just slightly golden. It’s okay to be a little under-baked here.

While the cookie is baking in the oven, you can make the apple topping. It is simply a mix of chai spices, apples, a little bit of coconut sugar and oil, heated up on the stovetop for about 10 minutes until the apples have softened.

Once the skillet cookie has finished baking, top off your dessert with the warm apples and your favorite ice cream.

I used a caramel ice cream and man oh man was it DELICIOUS.

You guys will have to try this… 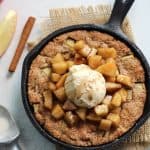 This Paleo Chai Spiced Apple Skillet Cookie is the perfect dessert for two. Loaded with soft apples, seasoned with cinnamon and chai spices, baked in a mini cast iron skillet and topped with your choice of ice cream. It is the perfect fall dessert! 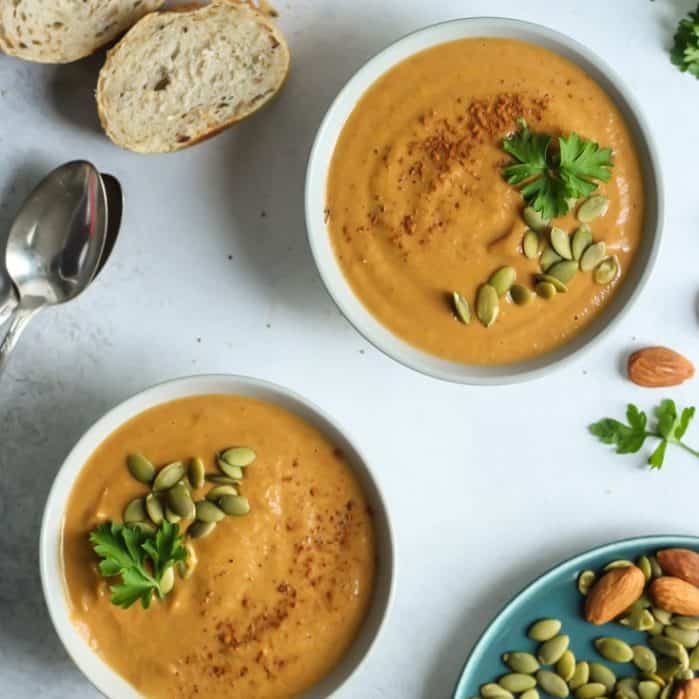 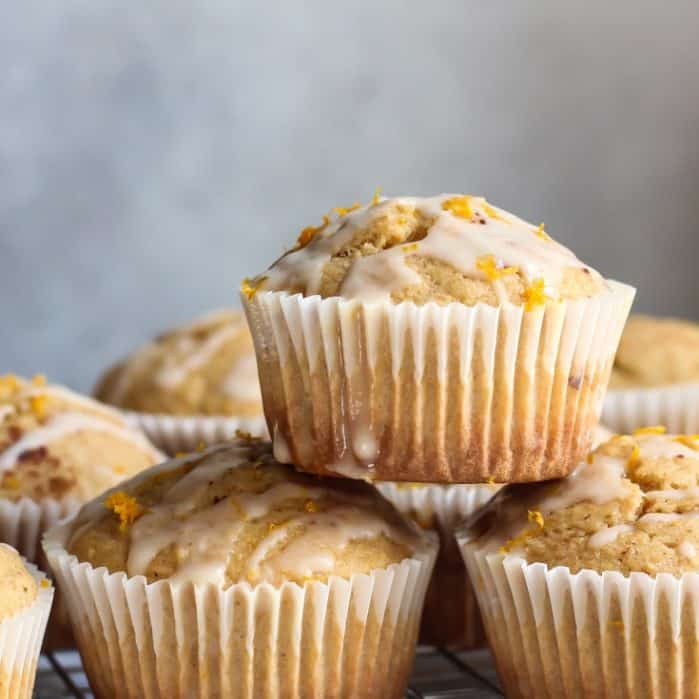