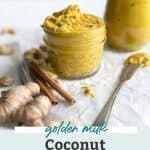 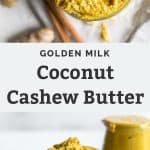 Back in early 2017, FMK went through what I would call a little “golden milk” phase.

Golden Milk Overnight Oats started my obsession and not long after the following happened:

And if you’ve never heard of such a thing (golden milk) you’re probably wondering what the heck it is.

So what is Golden Milk exactly?

Traditionally, golden milk was a warm beverage used in ancient Chinese and Ayurvedic medicine. Over the past few years it has gained popularity in mainstream Western culture.

From what I can gather, a traditional golden milk recipe is made with turmeric spice, cinnamon, ginger, black pepper, coconut oil and milk. Most recipes today call for coconut milk or another non-dairy milk, but I can’t find any research on what was used back in ancient times.

If you’re curious about the black pepper, it’s said it helps with the curcumin absorption, but I felt a little odd adding it to this homemade nut butter recipe.

Anyways, because turmeric’s main active ingredient is curcumin (anti-inflammatory and antioxidant) and turmeric is what creates the yellow hue of “Golden Milk”, most would argue that golden milk is a fairly healthy drink. As long as you’re not adding loads of sugar to the mix, like us Westerners tend to do…

I digress. Let’s move on to the recipe!

So what I’ve done with this homemade cashew butter recipe is take the essence of “golden milk” and turn it into a delicious spreadable nut butter concoction that one can put on their toast, stuff into Medjool dates, dip strawberries into, make cookies with and obviously enjoy by the spoonful.

And above is what the golden milk coconut cashew butter will look like when the process is complete. It should be smooth and creamy!

The longer you blend, the smoother and “drippier” it will be, so just keep that in mind. And be patient 🙂

If you make this recipe, be sure to leave a comment and review below! I love hearing from you and it helps others find the recipe too! Xx Ashley

I love my Breville Food Processor and can’t recommend it enough! Linked here. I’ve had it for 4 years, use it often and it still works like a champ.

You can sub almonds for the cashews, or use part almonds with cashews. You can also omit the coconut if needed. I would just aim for about 4 cups of nuts if omitting the coconut. Almonds also take longer to break down, so keep that in mind when processing. 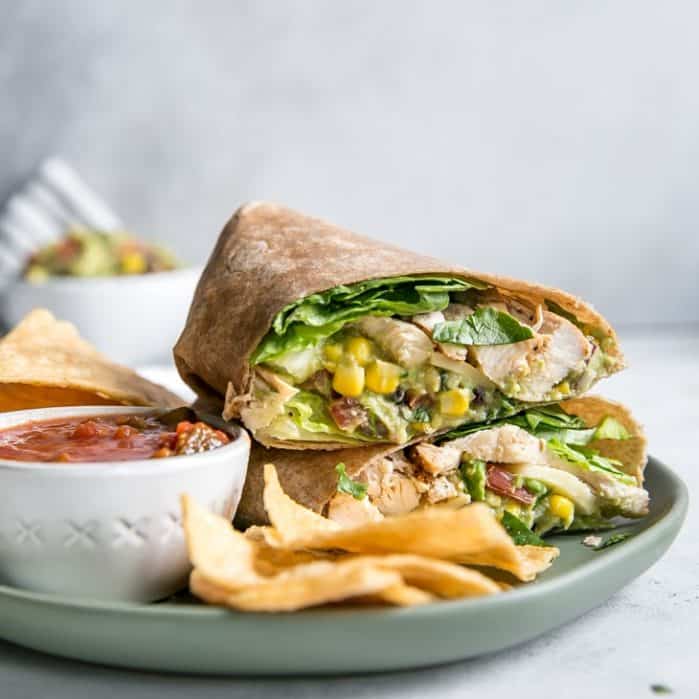