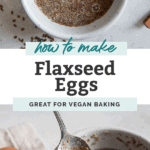 This flaxseed egg recipe shows you how to make your own vegan egg replacement, perfect for vegan baking and cooking.

Have you heard about flax “eggs”?

They’re a great option to use to replace traditional eggs in many recipes if you’re vegan or have an egg allergy. It’s simple to whip together however many eggs you need for a recipe. As long as you have some flaxseeds and water, you’ll never have your vegan egg replacement expire in the back of your fridge.

Flax eggs work great of a number of recipes that include flour, but you won’t want to use it as your sole ingredient in something like an egg sandwich or egg bake. It can get a little tricky to use in gluten-free baking as well.

But I’m going to show you how simple it is to make your own egg replacement in just a few minutes, answer some frequently asked questions, and share some of my favorite recipes that use flax eggs.

What is Flax Seed?

Flax seeds are the seeds of a flax plant. Flax is very nutrient dense, known for having the essential fatty acid alpha-linolenic acid, also known as ALA or omega-3.

Can I substitute Flax Eggs equally with real eggs?

But, it might depend on the recipe. If the author has notes in the recipe regarding a vegan egg replacement, be sure to follow the instructions.

Can I use something other than flax?

Another popular vegan substitute for baking is to use chia seeds. You can also usually use the same ratio – 1:3.

How to grind your own flax seed

If you don’t have ground flaxseed on hand or you can’t find it in the store, you can process whole flax seed until it becomes a meal-like texture.

How to Make a Flax Egg

To make a flax egg combine the flaxseed meal with water and let it sit for at least 5 minutes, until the consistency thickens and a gel-like consistency forms.

Note: I’ve found the more flax eggs you make, the longer the mixture needs to sit.

How much flaxseed is equal to an egg?

What is Flax Egg used for?

Flax eggs are a great substitute for vegan baking or if you are sensitive to eggs.

They can take the place of eggs by acting as a binder in a recipe.

Though not all recipes will convert well with a flax egg, especially in baked goods. Sometimes a particular flour or leavening agent used in conjunction with a flax egg will not produce the same results.

Your best bet is to double check the recipe, and see if the author has any notes regarding a vegan egg test.

TIP: If an FMK recipe has been tested with a vegan egg substitute, I’ll often note that in the recipe card.

As long as you have some flaxseeds and water, you’ll always be able to make a healthy egg replacement for baking your favorite vegan cookies, muffins, brownies, or whatever you’re craving!

Some Recipes That Use Flax Eggs

Have you used a vegan egg replacement? Which is your favorite?

How to Make a Flax “Egg” 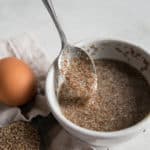 This flaxseed egg recipe shows you how to make your own vegan egg replacement, perfect for vegan baking and cooking. 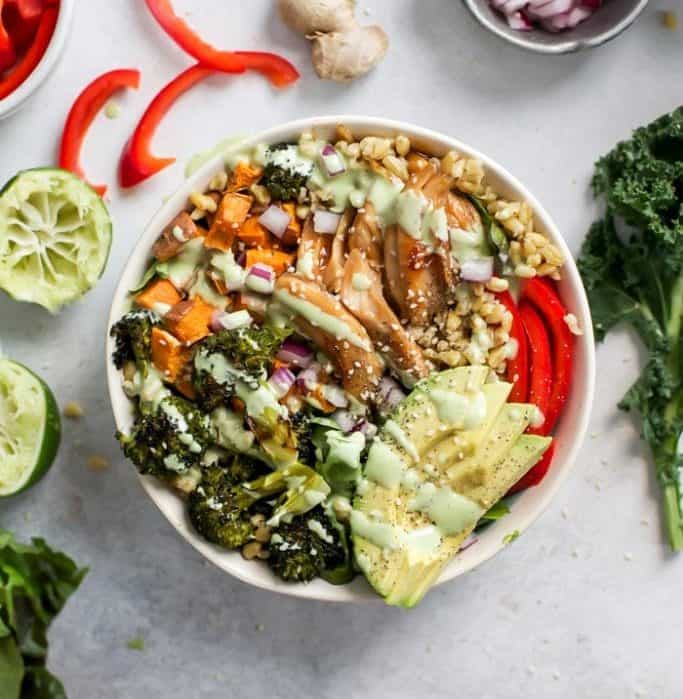 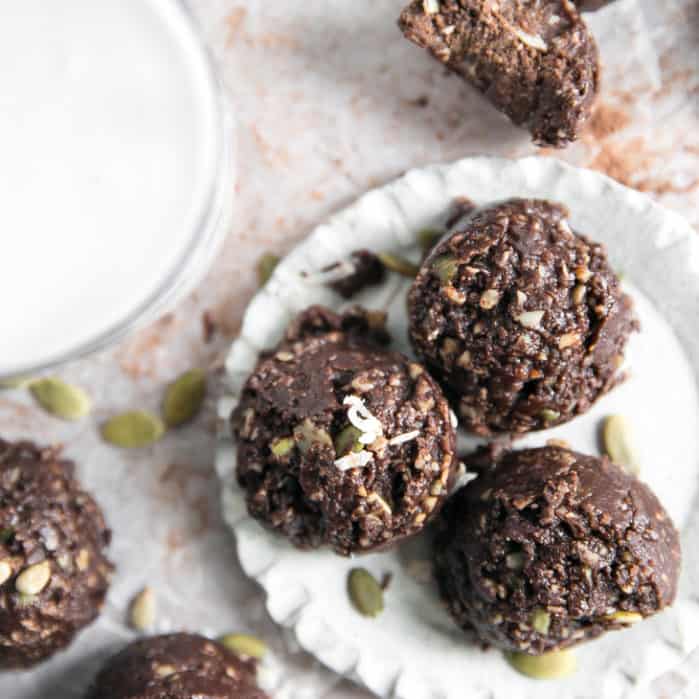