Bacon Wrapped Brussels Sprouts make for a great party appetizer or fun side dish for dinner at home. Serve with my favorite almond butter dressing as a dipping sauce! Paleo-friendly.

Alright… Where are my brussels sprouts lovers at?!? I guess I should ask about my bacon lovers too. Considering both “brussels sprouts” and “bacon” are in the title of the recipe I am thinking one should like both things, yes?

And if you don’t like bacon I can’t fully comprehend how you even got this far. Try these brussels sprouts recipes instead.

So brussels sprouts are definitely on a regular rotation here in the FMK household. I’ll eat them shredded, in a salad, roasted, sautéed, you name it.

Oh, back up… I will NOT eat them frozen then boiled. They taste pretty awful when prepared via boiling. I’m fairly certain that is why my parent’s generation likes to turn their nose up at brussels sprouts. I feel like they grew up boiling all of their veggies, leaving the veggies sad and mushy. Or am I making that up? I don’t know but it’s what I’ve heard.

Anyways, for how often we have brussels sprouts I think I’ve gotten Drew to tolerate them. Really he’ll pretty much eat anything I make so I have a hard time figuring out what he actually enjoys. I suppose lucky for me he isn’t picky and doesn’t complain much. But one thing is for certain, the man loves his meat.

I don’t blame him. I love me a good piece of bacon, too. Three years ago I probably would have felt bad for saying that – not wanting to “offend” the plant-based eaters and vegan-folk. But guys we have to get over that shit. Get over pleasing everyone. Get over stepping on people’s toes. We all enjoy different foods and live different lifestyles. I’m 100% an advocate for humane-certified meats (and obviously eating lots of plants) but let’s all just be open-minded and not so judgemental of one another, mmmk?

Now that that’s out of the way…

You’ll start with washed/dried/trimmed brussels sprouts. I cut most in half, even if they were medium size – this helps them stay in the wrapped bacon.

Lay out all the bacon and cut in half.

Place the brussels spouts on each half of bacon strip, cut side up and roll bacon around brussels sprouts.

Bake the bacon wrapped brussels sprouts at 400ºF for about 35 minutes, rotating the pan halfway through the baking time.

And that is it my friends!

Let me know if you try! 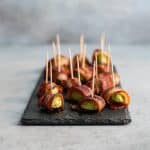 Bacon Wrapped Brussels Sprouts make for a great party appetizer or fun side dish for dinner at home. Serve with my favorite almond butter dressing as a dipping sauce! Paleo-friendly.

*Use no sugar added bacon if looking for Whole30 compliant. 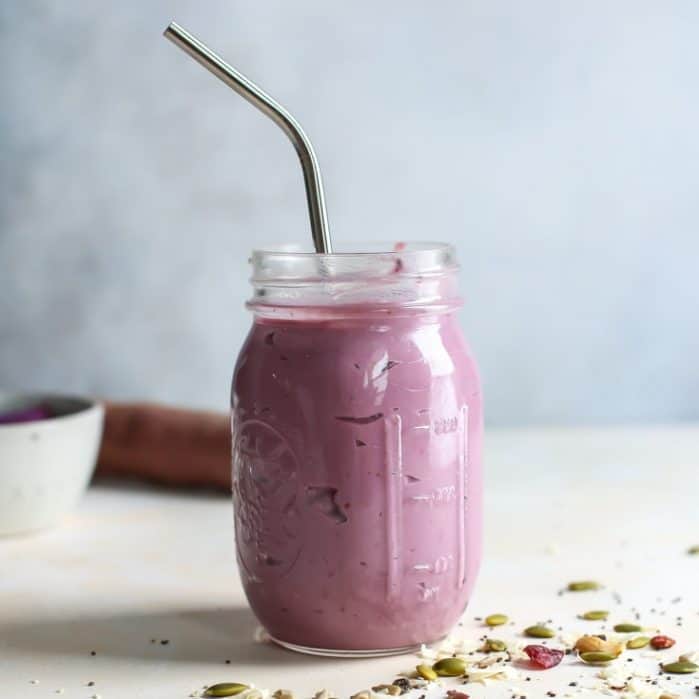 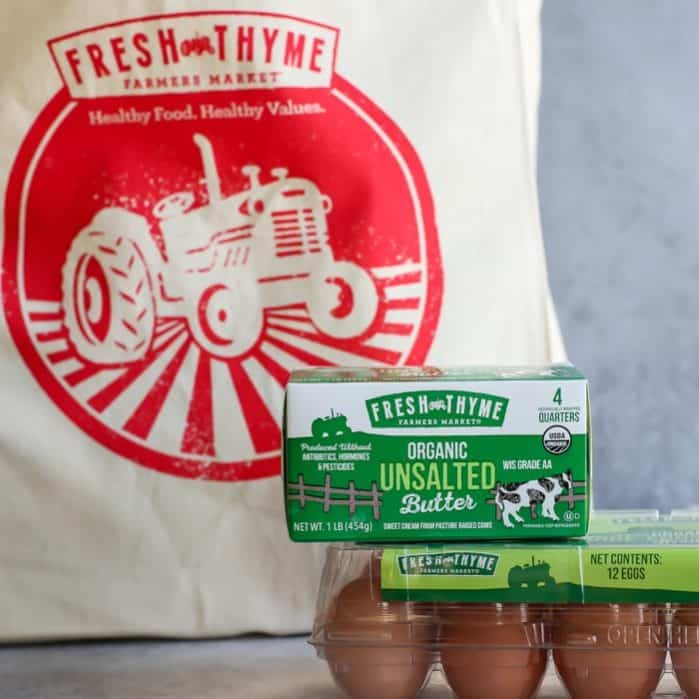 Next Post
Natural and Organic Grocery Shopping Made Simple