Yes–another homemade almond butter! This time we’re roasting hazelnuts and almonds in cinnamon and the combination is truly delightful. Vegan and paleo!

Wowsers. It has been MONTHS since I’ve last shared a homemade nut butter with you all. That is crazy! I feel like I was at a point where I had a new concoction every few weeks. I still have a running notepad of all the flavor ideas I want to share with you though. So don’t you worry–there shall be more coming in 2017.

Speaking of 2017… I am getting rather excited. We’re still over a week away before the new year, but my mind is already there–partly because I’ll be taking next week off… for a couple different reasons.

First: To spend some quality time with family and unplug for a little bit. I’ve been working like crazy on various projects these past couple months. Between the blog, freelance work and training at FLEXcity (oh… not sure I’ve mentioned that yet here but I will circle back another day!), I can tell I am due for some much needed downtime.  Plus I know taking this week to relax a little bit will give me a fresh start for 2017. Also, my bestest Pal and her husband are in town for the week from Washington, so I want to see her as much as possible! I also have another close friend coming into town as well. Super excited!

Second: This one is big… I’m getting my site re-designed! *gasp* I wanted to share with you all here first because at this time next week my site will be non-functioning for a couple days. SO if you have any recipes you REALLY want to make for a New Year’s Eve Party (*ahem* Grapefruit Crostini perhaps?) I highly suggest printing out the recipes or taking a screenshot with your phone so you can save it for later! 🙂

So now that those things are out of the way… are you ready for your new favorite spread?

While going through my list of nut butter flavors, I realized I had yet to add hazelnuts to the mix–so here we are! I thought about doing the ever-so-popular chocolate “nutella” flavor, but I thought cinnamon was appropriate for this time of year. Plus roasting the nuts in the cinnamon before processing them into butter leaves a wonderful aroma in your house. I went to the grocery store after making this butter, came back, and I thought “Note to self, roast cinnamon more often… house smells like heaven”

This hazelnut almond butter is quick and easy. Just make sure you’re using a decent food processor or a high powered blender like a Vitamix <– maybe one of those is on your holiday wish list?!

Oh, and if you’re looking for a fun homemade gift this year–this cinnamon hazelnut almond butter is most definitely a great option. 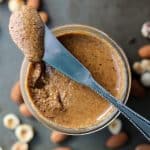 Yes–another homemade almond butter! This time we’re roasting hazelnuts and almonds in cinnamon and the combination is truly delightful. Vegan and paleo! 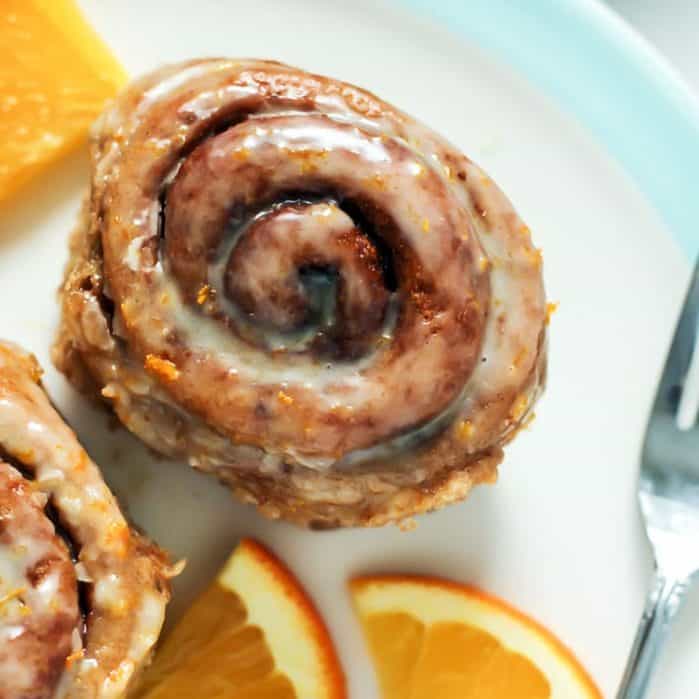 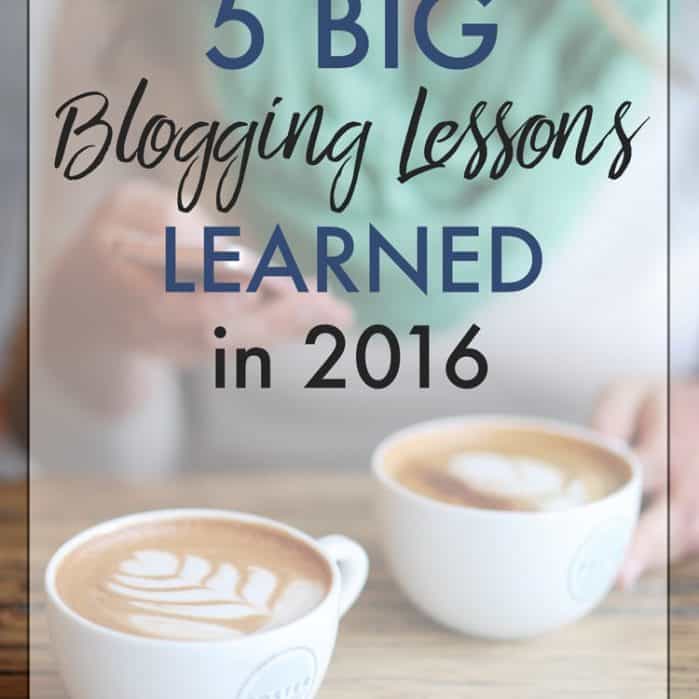