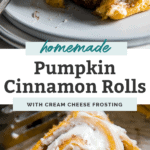 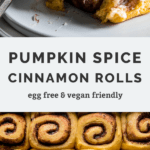 These Pumpkin Cinnamon Rolls are to.die.for. With pumpkin baked into the dough, and a pumpkin pie spice gooey filling, plus a cream cheese frosting! Egg free, vegan friendly recipe.

These luscious rolls are made without eggs and the recipe can be made dairy-free and vegan friendly as well.

If you haven’t made cinnamon rolls yet, I walk you through everything in this post so you feel confident during all of the steps. The recipe card looks long but I am just being extra thorough, so don’t be nervous!

Baking with yeast really isn’t as scary as it seems.

Once you make these pumpkin cinnamon rolls once, you’ll want them every weekend!

Why You Should Make These

Then for this recipe you’ll then add the pumpkin puree and melted butter, then stir in the flour (and touch of salt) about 1/2 cup at a time. The dough will start to come together around the 3 cup mark. You’ll know it’s time for the dough hook when the dough looks elastic and pulls away from the sides of the bowl.

TIP: Set the oven to 170ºF, turn off once it reaches temperature and allow the dough to rise in a lightly greased large bowl until it doubles in size – about 45 minutes.

Now it’s time to ROLL OUT.

Using a rolling pin, be gentle as you roll the dough out into a large rectangle, on a floured surface, about 15 inches long by 9 inches wide.

Then the softened butter, sugar and cinnamon plus pumpkin pie spice filling goes on, and you’ll roll up the rectangle into a long roll to slice the cinnamon rolls.

In medium bowl using an electric mixer, beat the softened cream cheese until light and fluffy. Add in vanilla extract, powdered sugar and non-dairy milk or yogurt and mix on low speed until combined.

Then spread over the warm cinnamon rolls!

If you’re looking to have fresh cinnamon rolls in the morning but don’t want to be up super early, here’s what you do:

Butter vs. coconut oil. I used butter in these cinnamon rolls, but coconut oil works too, you just won’t get the same flavor. I recommend a dairy-free, plant based butter if possible.

Let me know if you make these pumpkin cinnamon rolls by leaving a comment and star rating below! It helps others learn more about the recipe too! Xx Ashley 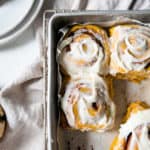 These Pumpkin Cinnamon Rolls are to.die.for. With pumpkin baked into the dough, and a cinnamon pumpkin pie spice gooey filling, plus a cream cheese frosting – you will love them! Egg free and vegan friendly recipe.

This recipe is already egg free, and can be made vegan using a dairy-free cream cheese for the frosting. Use a plant based butter for the filling and dough as needed.

For overnight method:  Prep the recipe up until you’ve sliced the dough, and place rolls in baking pan. Cover and place in the fridge overnight. Bring the pan out of the fridge about an 45 minutes before pre-heating the oven. Place the rolls in the preheated oven at 350ºF and bake for about 25-35 minutes, until tops are lightly golden. 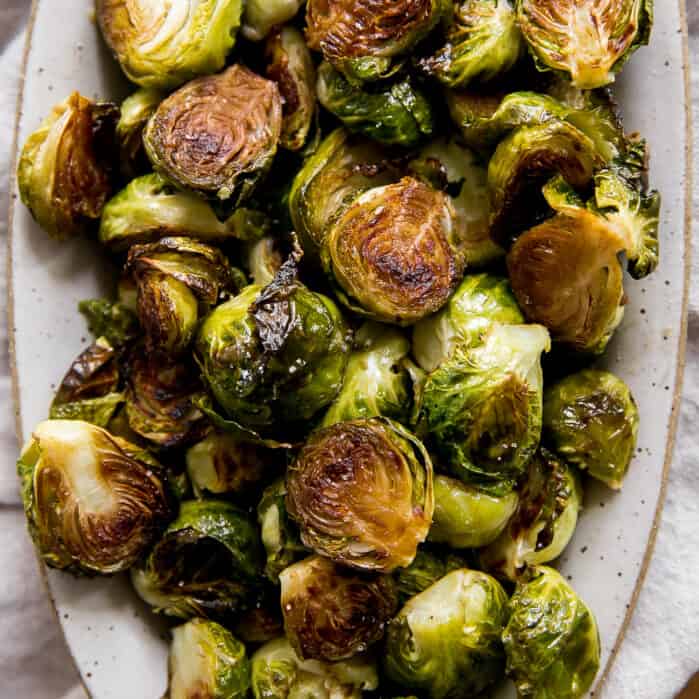 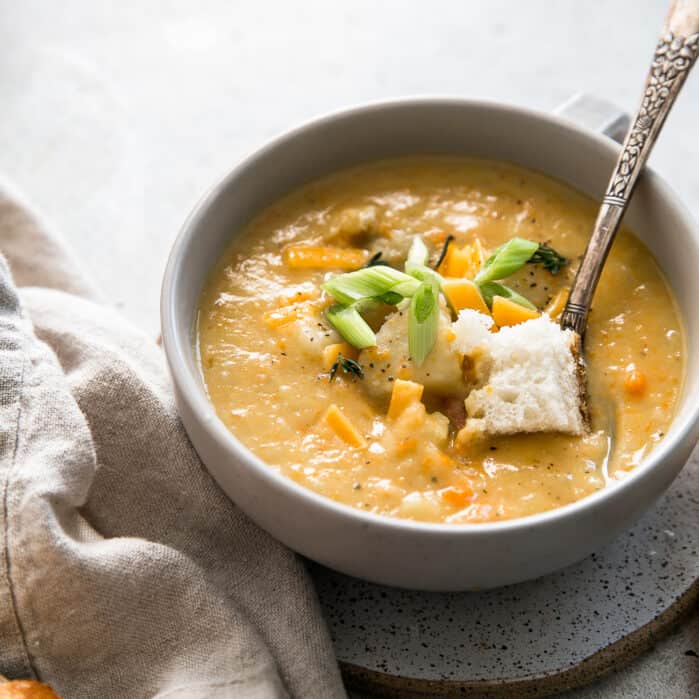