Anyone else grow up on canned tuna? It was cheap, easy and something all of my siblings liked – which meant it was on repeat. But growing up the only way we really enjoyed tuna was in what we called “tuna & noodles” (egg noodles + cream of chicken + canned tuna) and “tuna toasted” (buttered toast with tuna spread on one slice, folded in half). As I just wrote out those go-to old family dinners they sound ridiculous and make me chuckle, but that is legit what we ate on the regular.

When I started eating healthier and began to cook more real meals after college, I quickly realized I didn’t know of many ways to incorporate tuna into my meals. Back then meals like these forbidden rice bowls weren’t in my recipe arsenal. Back then, tuna = tuna toasted or tuna & noodles.

But thank goodness for being willing to try new things and getting creative in the kitchen, right?! Loads of tuna recipes have happened on the blog here, due in part to Safe Catch Foods – their tuna is THE BEST. They have the lowest mercury limit of any brand, the quality and flavor is amazing and their seasoned line is incredible – my favorite for quick and flavorful tuna cakes! Oh and they also partner with the Monterey Bay Aquarium Seafood Watch, buying their tuna and salmon from captains whose fish come from managed and sustainable tuna stocks.

They recently released their new yellowfin Ahi Tuna which meets Consumer Reports’ “Low Mercury” criteria set for pregnant women and children. and the official tuna of the American Pregnancy Association. Pretty cool, if you ask me.

So, to give you another idea on how to incorporate canned tuna into a delicious and fulfilling meal, I made you a new bowl recipe!

I was curious about forbidden rice (or black rice) and found out it’s loaded with antioxidants thanks to its high levels of anthocyanin – which is the same antioxidant that gives eggplant and dark berries their rich, deep color. Antioxidants help prevent disease by fighting off free radicals in the body, so forbidden rice is basically pretty amazing. source

Forbidden rice is also harder to grow so it’s sometimes called “emperor’s rice”,  being reserved only for the richest. source

But it’s becoming more and more popular here in the US and I thought I’d include some in this recipe to really amp up the nutrition.

what you need for the ahi tuna forbidden rice bowls

For the ahi tuna I made a super quick ginger teriyaki style sauce to coat the tuna in before tossing on the rice bowls and veggies.

All you do is just let the sauce ingredients simmer in a small pot on the stove until it’s thickened, and then stir in canned ahi tuna.

Then you assemble the bowls with greens, rice, cabbage, radishes, cucumbers, carrots and sprouts.

Super simple and great for meal prep! Plus an awesome way to get in some extra plants in your meals too.

Oh and if you’re interested in buying Safe Catch tuna, definitely check out their store locator or buy online.

For the rice bowls 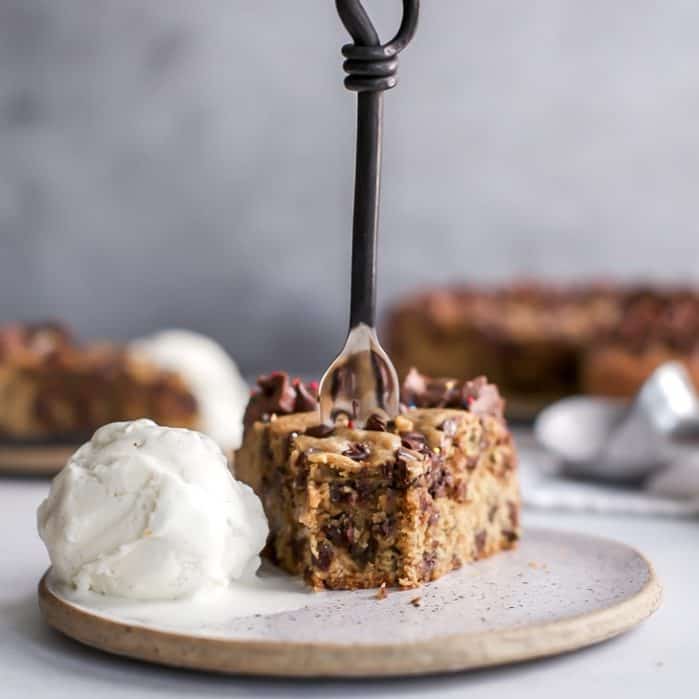