A few weeks ago I went to my first wellness & yoga retreat – in Costa Rica! I asked on Instagram if you guys wanted me to share my experience and most of you said “YES” so here we are. 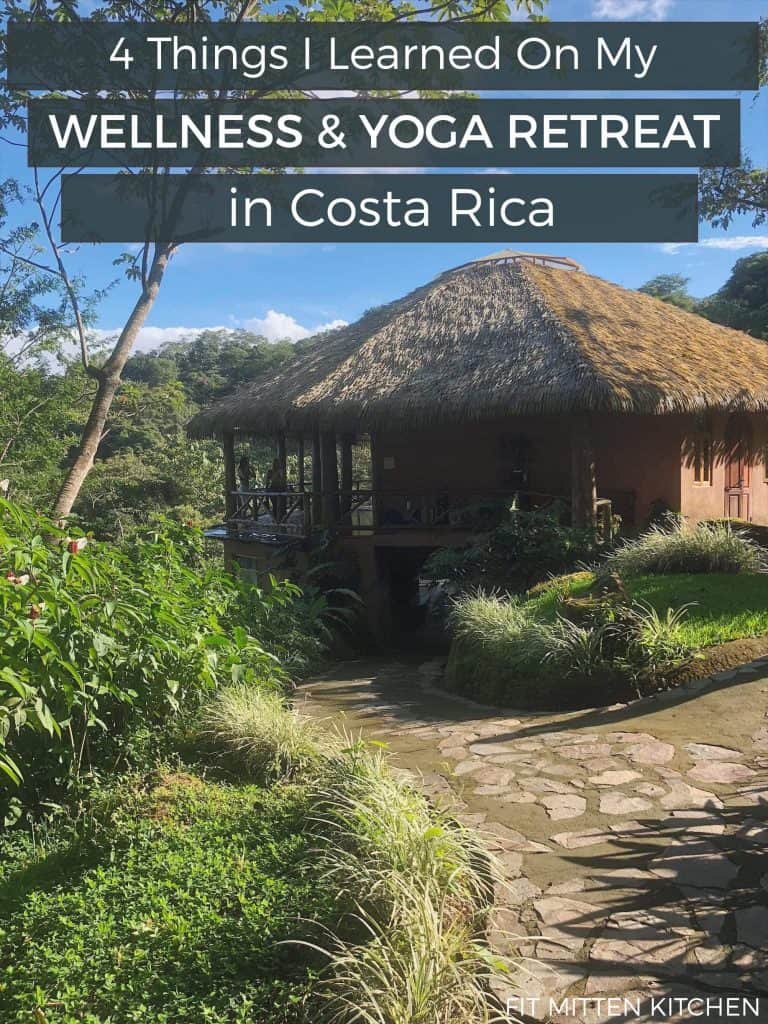 Attending a wellness & yoga retreat was definitely something that was on my bucket list, I just had no idea it was going to happen this year. And in Costa Rica of all places!

Long story short, my aunt is a member of a travel club and essentially had the trip paid for. All I had to do was buy my flight. It was a trip her and her boyfriend were booked to go on earlier in September, but the hurricanes coming through postponed their lovely adventure. After rescheduling, her boyfriend found out he could no longer go. So when she asked me if I wanted to go with her I thought about it for a brief second before basically exclaiming (expletive) YES 😀 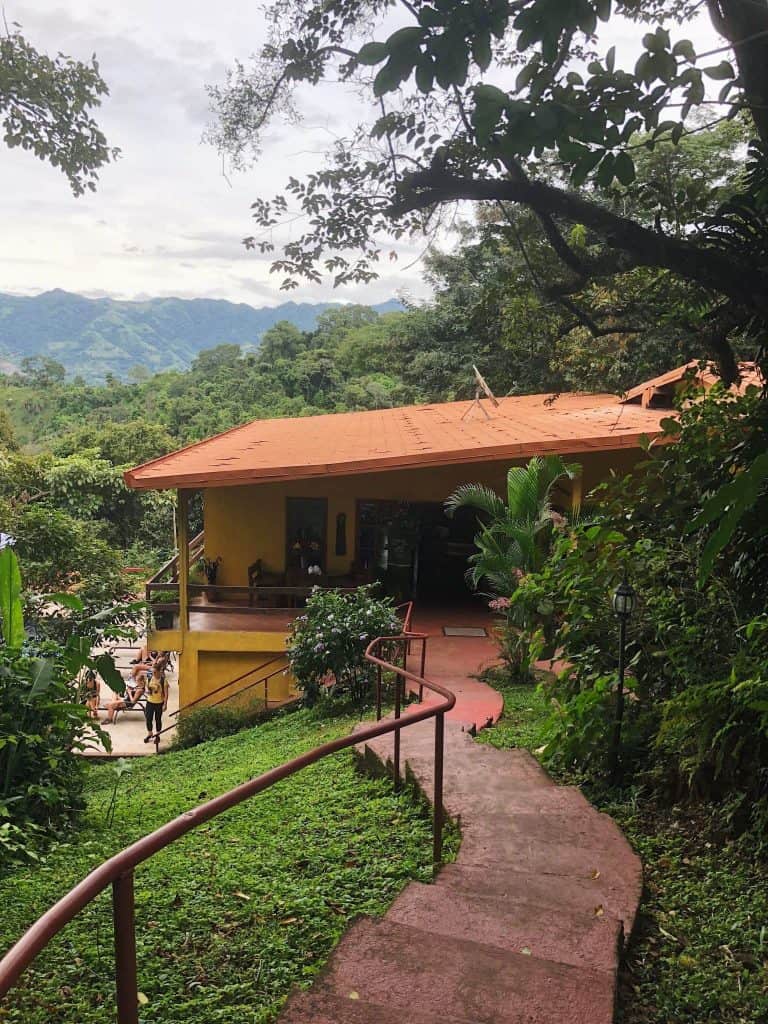 The retreat took place at the Amatierra Wellness Center, nestled away in the hills of San Jose province in Costa Rica. A beautiful setting with the house and pool overlooking a valley and mountains in the background. It was quite stunning.

All of the accommodations are down the path – which was great exercise for those that were way, way down the steps. Especially first thing in the morning 😀

And each morning starting at 8am, we began with an hour of Hatha yoga – a slow practice perfect for beginners. It was nice stretching, focusing on form and breath.

Side note: I don’t consider myself a yogi, or practice yoga on a consistent basis but it is something I know I could use more of in my life. I’ve come to really enjoy it over the past couple of years, I am just terribly inconsistent. 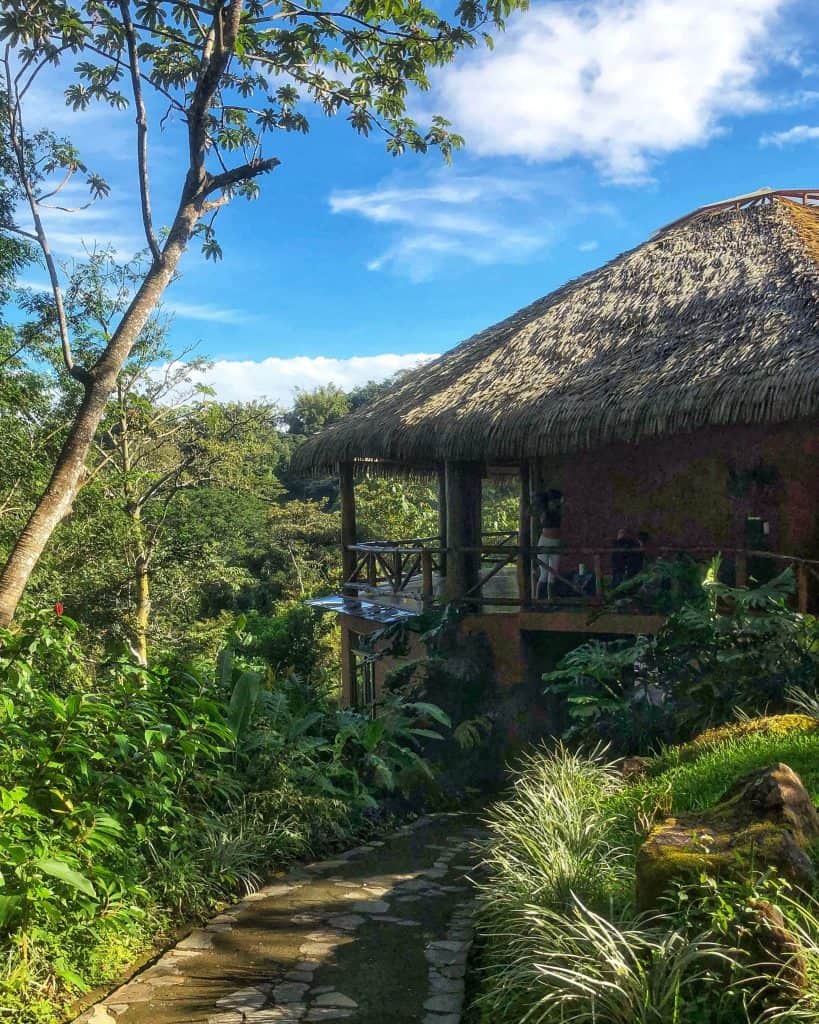 It was amazing to begin the day not only with some slow movement, but also just being outdoors. The mornings were usually partly cloudy and the backdrop of the mountains during yoga was truly breathtaking. 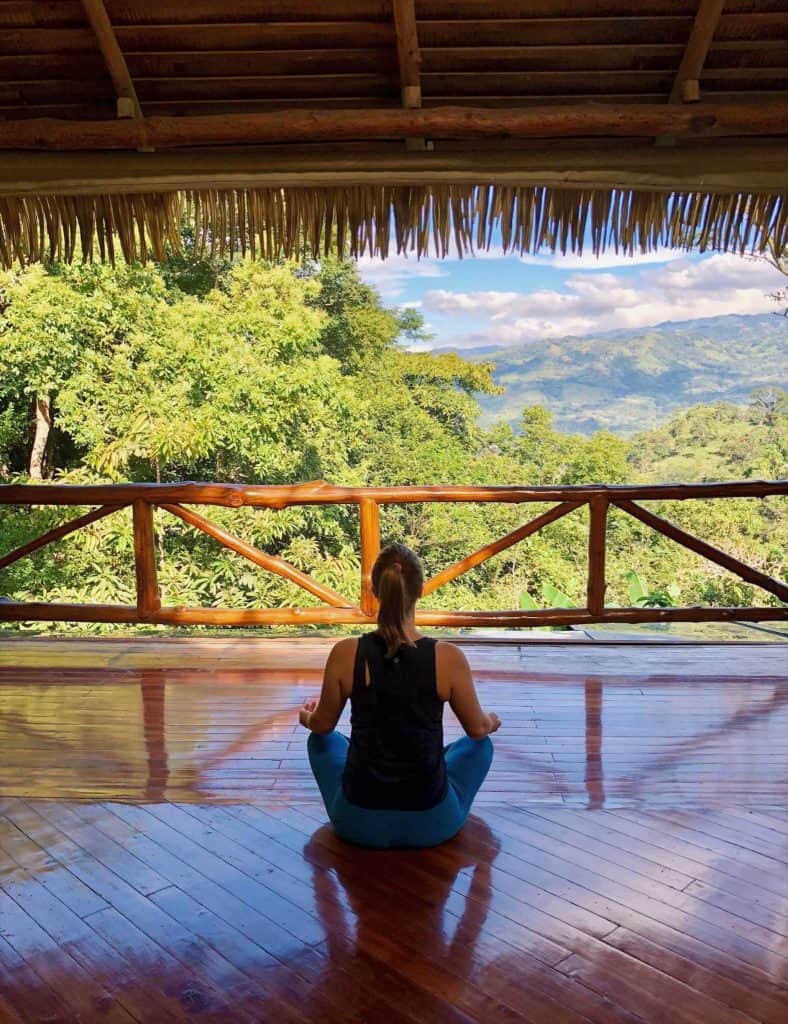 After the daily yoga session, each day was a little different in that you could really make the trip your own. We were there Saturday to Thursday, so essentially four full days. The first day we took to get settled in and set up how we wanted our stay to go. There were different excursions you could partake in, and you could schedule  wellness appointments – massages, sound therapy, ear candling, etc. Massages were included in our trip, as well as an excursion to see the Doka Coffee estate and the La Paz Waterfall Nature Park in the rainforest (which we did on our last day in Costa Rica). 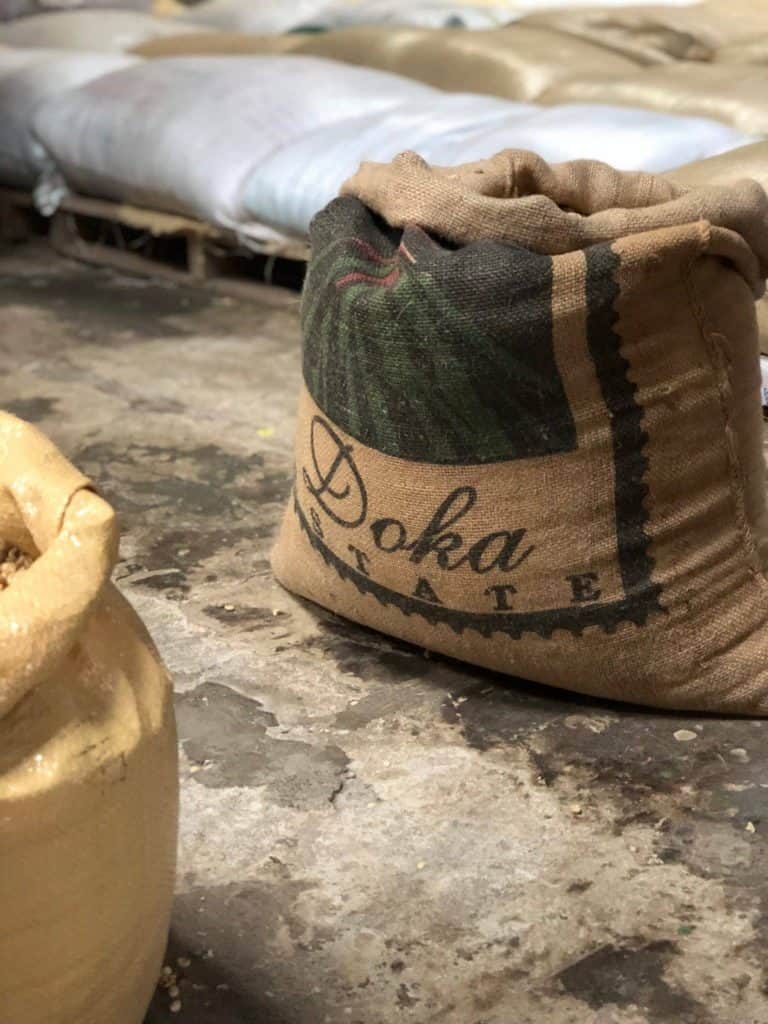 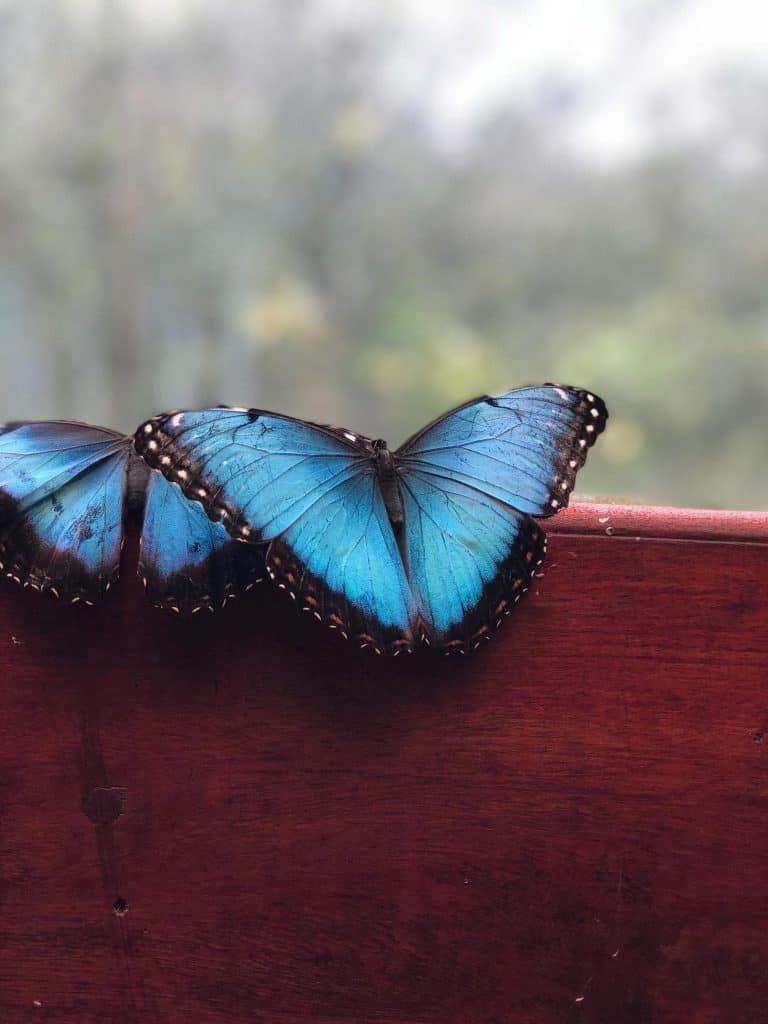 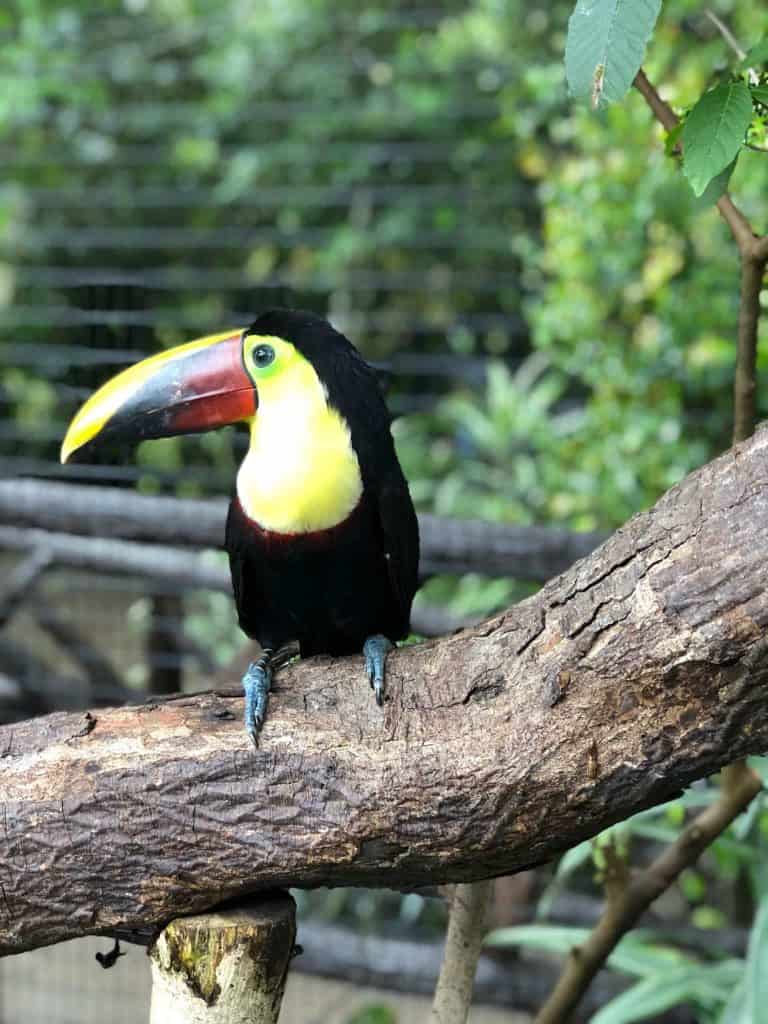 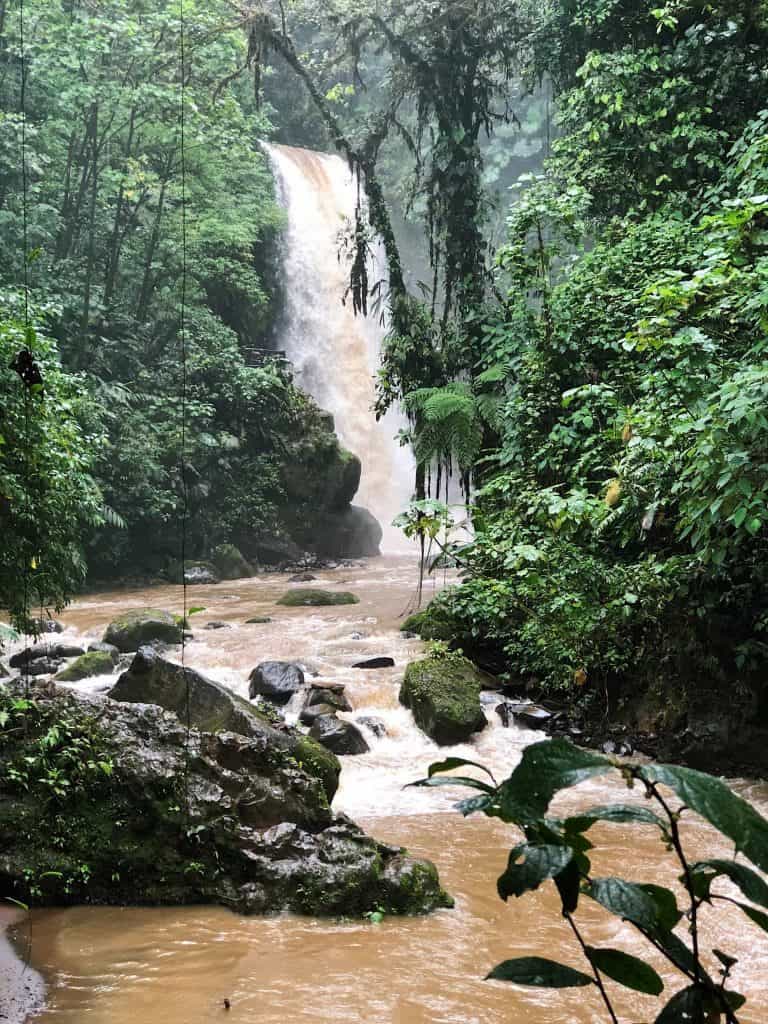 My aunt and I took the first day to just enjoy the grounds, read and relax. 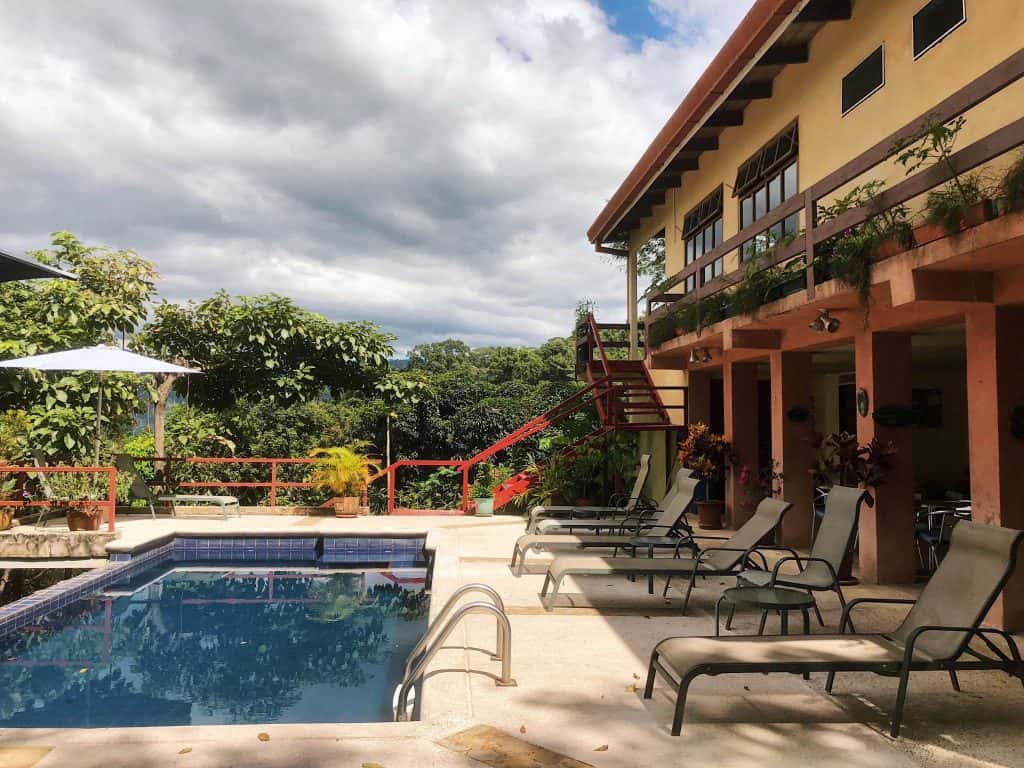 Oh! The food! Everything made at the retreat was so fresh and wonderful. There really wasn’t meal I didn’t enjoy.  I didn’t get too many pictures because we were eating dinner in the dark, but this was our dinner scene 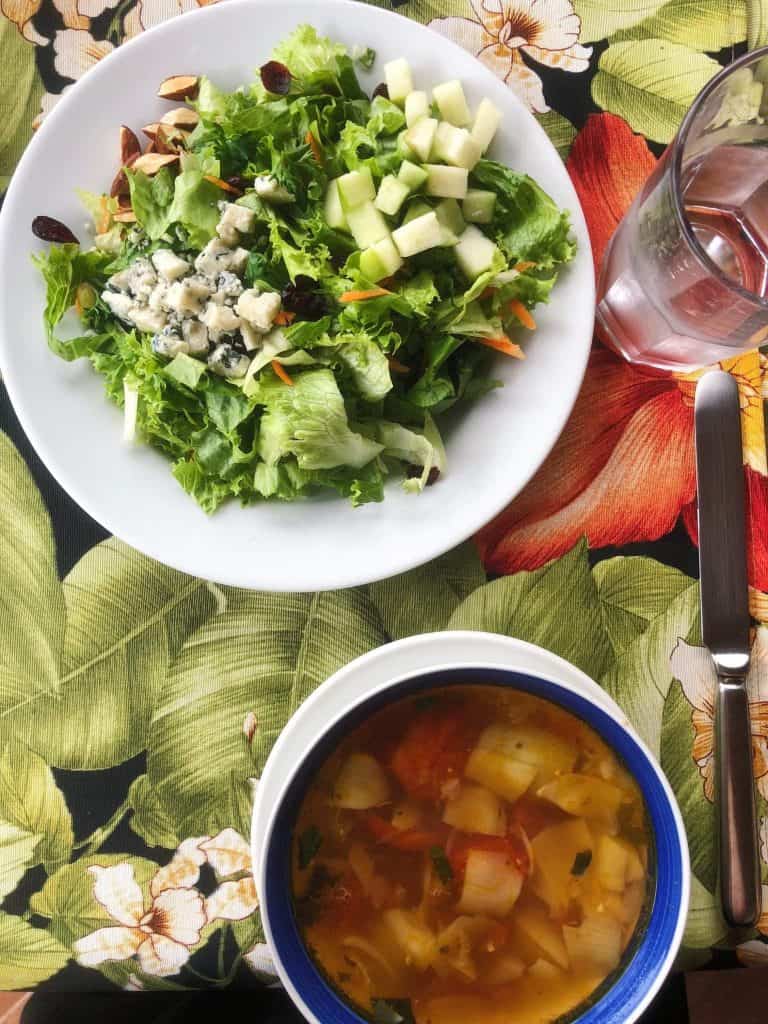 During the day was when people were either out on their excursions, or hanging around the retreat relaxing. Then as the day drew to a close we all would get back together for a guided meditation session.

The only meditation I’ve done is basically by myself at home in silence, typically only lasting for maybe 5-10 minutes at most. Usually I just sit there and focus on my breathing, finding myself in savasana (corpse pose) and almost falling asleep. No joke.

But with the guided meditation it was nice having someone begin the session with you, and remind you that meditation isn’t about just completely letting go of all thoughts. But more so watching your thoughts come and go, observing them without judgement and then refocusing on your breath and maybe a mantra. A simple one was suggested and I’ve found myself repeating it when I find myself stressed:

I am happy. I am well. I am peaceful.

After each evening meditation session we ended with dinner together. We sat at different spots each night, getting to know all of the attendees and just chatting. We were also encouraged to leave our phones off at the dinner table – almost unheard of these days. But there is something to be said about just enjoying one another company and talking with strangers about life. 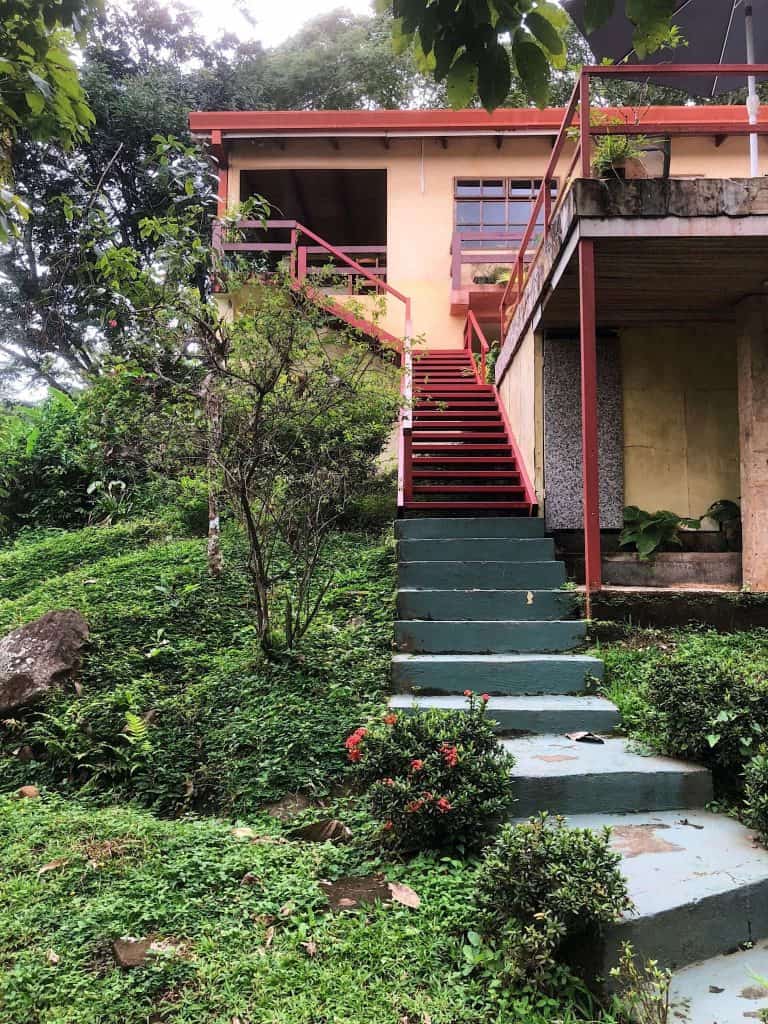 4 Things I learned from the yoga retreat

1. We must find ways to be more present

I learned that I am not nearly as present in life as I’d like to be. During each morning yoga session, we were asked by the instructor to set an intention for the class, day and/or trip. Each morning I focused on being present. I made sure to listen to the sounds around me. Focus on the mountains as my eyes were open and just be grateful to have had such an experience. And anytime I started thinking about work or the future, I went back to my breath and listened to the sounds around me.

Starting each morning off  with fresh air really is good for the soul. The retreat center was also open all over. Open doors, lobby, patio, pool. So even if you were on the retreat all day, you were still surrounding yourself with nature almost 24/7. It reminds me that as we approach the winter months, I’ll need to bundle up and get in some walks outside when I can. The fresh air and just moving has a way of centering the body and mind.

3. We can live more without our phones

This kind of goes along with the first lesson. But on the retreat phones were “restricted” at certain times – during yoga, meditation and at meals. I also didn’t have an international plan, so my cell phone use was restricted to wifi only in the common area of the retreat. It made me aware of how often I am usually on my phone throughout the day, obsessively compulsively checking every app. During the week I did have some work I was scheduled to do, so I couldn’t avoid that. But in general the amount of time I am using my phone throughout the day is kind of… sad. Our phones have become an addiction and I am working on setting some boundaries and screen time to not only be more productive but also just live life fully.

4. Taking care of oneself isn’t selfish

I’m not sure whoever came up with the idea that getting massages, exercising, practicing yoga, taking a bath, or just having some good quality alone time was selfish… But I would personally like to tell that person to… well basically to eff off.  Spending time working on our overall health and wellness can affect all areas of our lives. We can be our best selves and show up for others when we focus on taking care of ourselves first. And self care doesn’t have to be massages or exercise, it looks different on everyone. It mainly is just figuring out ways to take care of yourself so you can be the best version of you.

All in all it was a great experience that I am incredibly thankful for. If you’re thinking about attending a yoga retreat, I highly recommend it. There are a variety of locations that will determine the price – some much pricier than others.

Leave a comment below if you have any specific questions! 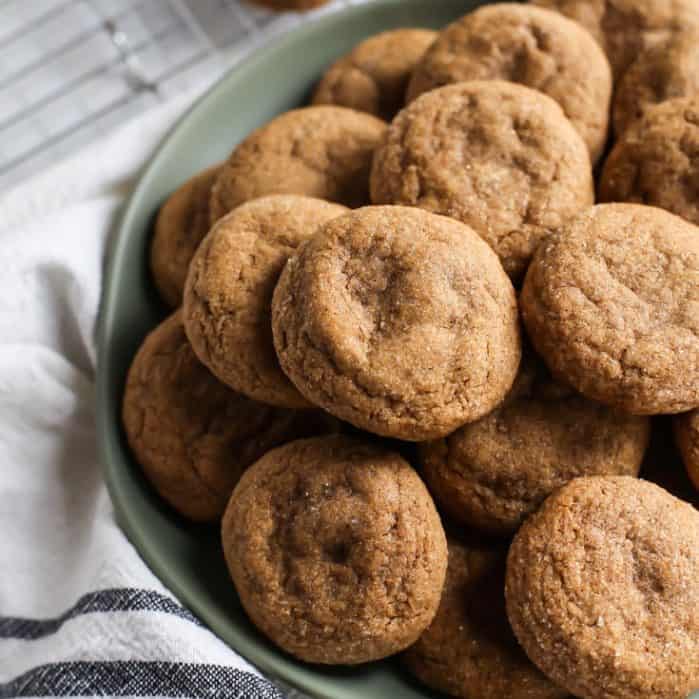 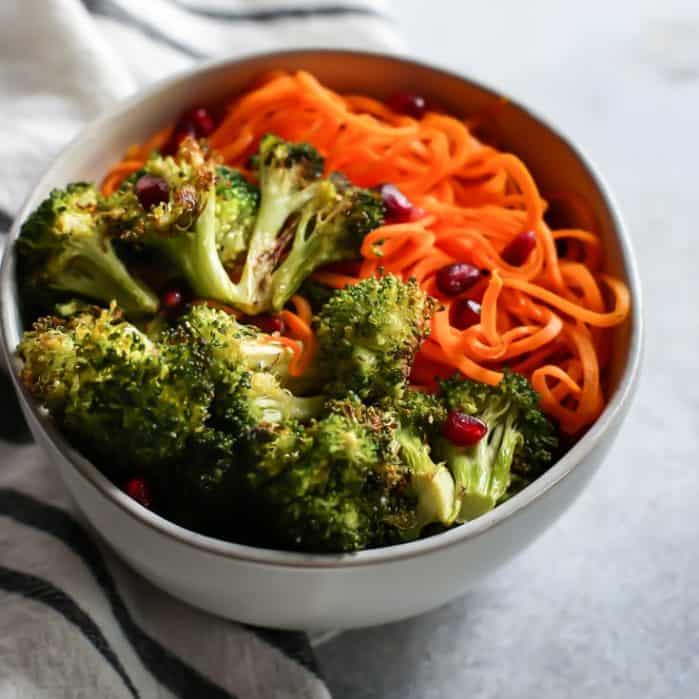